Get fresh music recommendations delivered to your inbox every Friday.
We've updated our Terms of Use. You can review the changes here.

Tail of a Snake

from Vita Matta Pt. 1 by CheckMark 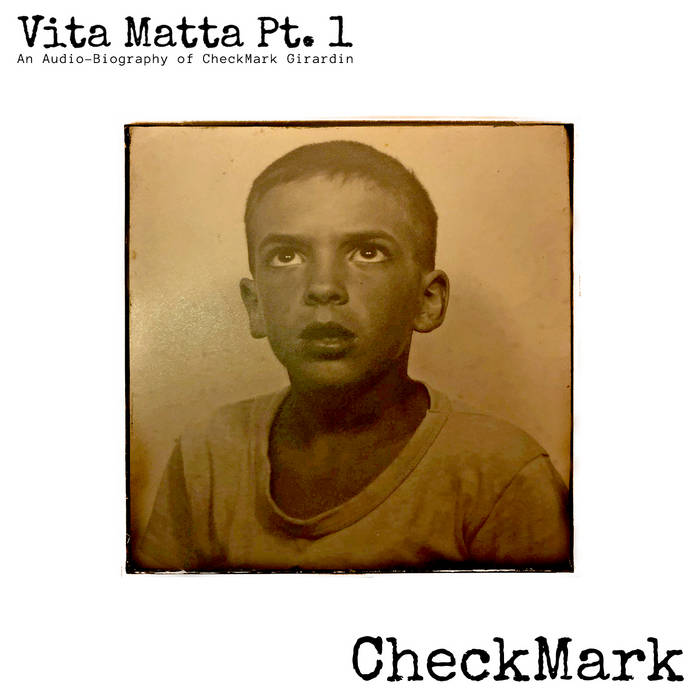 (This is like, a story of, deception, reality, truth, and redemption..)

Got his whole routine from the two teens that he was slanging with,

Gave the dope fiend a four-feever to bang him with,

Same whip he robbed me in, he’ll get bodied in.

Backtrack to ‘98, doing shows out of state,

At home, moving weight, Land Rover in the safe,

Andover to the Cape, JP Licks to Packy’s,

Eastern Mass track meet, with rapping in the back seat.

Not all money’s good money, ‘specially in your own hood,

Funny, but the ones you see every day ain’t easy plays

Played keep-away, it wasn’t worth it to work with

People around the way, till the day I fell asleep..

He couldn’t wait, hit him with a number that he shouldn’t take.

Left the groupies ribs, told him scoop me at the crib,

Too much loot to miss, slipped up, in his hoopty lit.

My foolishness resulted in a dirty fate,

Showed the snake a whole White Widow and he showed me a .38

Condado Plaza, taking in the scenery,

Towers just fell, borders closed, chokehold on all the greenery.

Got the team with me, we enjoying the fruits

With Tony Toca at Lazer, blazing Crippies on the roof..

Deep down, I KNOW this clown hears me on the airwaves,

Bragging in the yard, how he caught me on a rare day.

Hearsay’s an ear-witness, I fear glitches,

With no rush to crush the earthworm, I let the world turn..

Fast forward to progress, squad like the Loch Ness,

Cop more weight, so I got more at stake,

It’s easier to take a life than take a loss,

I’ma gain more off shorts than from a corpse,

Forced to fall back, but I know his day’ll come..

Up in Hahkmahd’s, wrapped up, didn’t even need it, eyes

Captured the rattle snake, back from a 3-5,

Ironically, a part of me, wondered how my heart would beat,

Shocked to see his jaw drop, fear of God, probably

An oddity, feeling the hate run through my arteries,

I wanna squeeze, then I see Jake playing the lottery..

(Damn.. it’s like this dude got, somebody watching him)

Tryna hold the venom in, listening to “Many Men”,

Plus fast cash and women keep my faction grinning..

Gotta handle this, four-fifth, duct tape on the handle grip,

And I’ll be in Miami with fam when homie vanishes,

Crazy what a grand’ll get these days, a candle-lit

Vigil for a criminal abandoning his sense..

In and out the can, life numbers in installments.

All that respect earned, but still, not a lesson learned..

Patience is a virtue, hesitation could hurt you,

Live life as one long day, there’s still a curfew,

Worse you could do is get a blanket on your head, right?

Splashing through the snow and the slush outside the Roxy,

So are dude’s moves, linen suit, while he stops and talks,

No clue about the addict waiting in the parking lot.

Swarmed by them boys in a Taurus, he got a warrant..

(Damn.. Unreal. Snake can’t stay out the cage long enough to get killed.. I guess it’s out of my hands..)

Hailing from Cambridge, Mass- Skitzofreniks have been a staple of the Boston HipHop scene since the mid-90’s. CheckMark (Mark Girardin) & Eddie Bones (RIP) epic live shows were revered as that of playground legends, while their grassroots method of promo, boom-bap beats and clever rhymes have earned them lifelong supporters. ... more